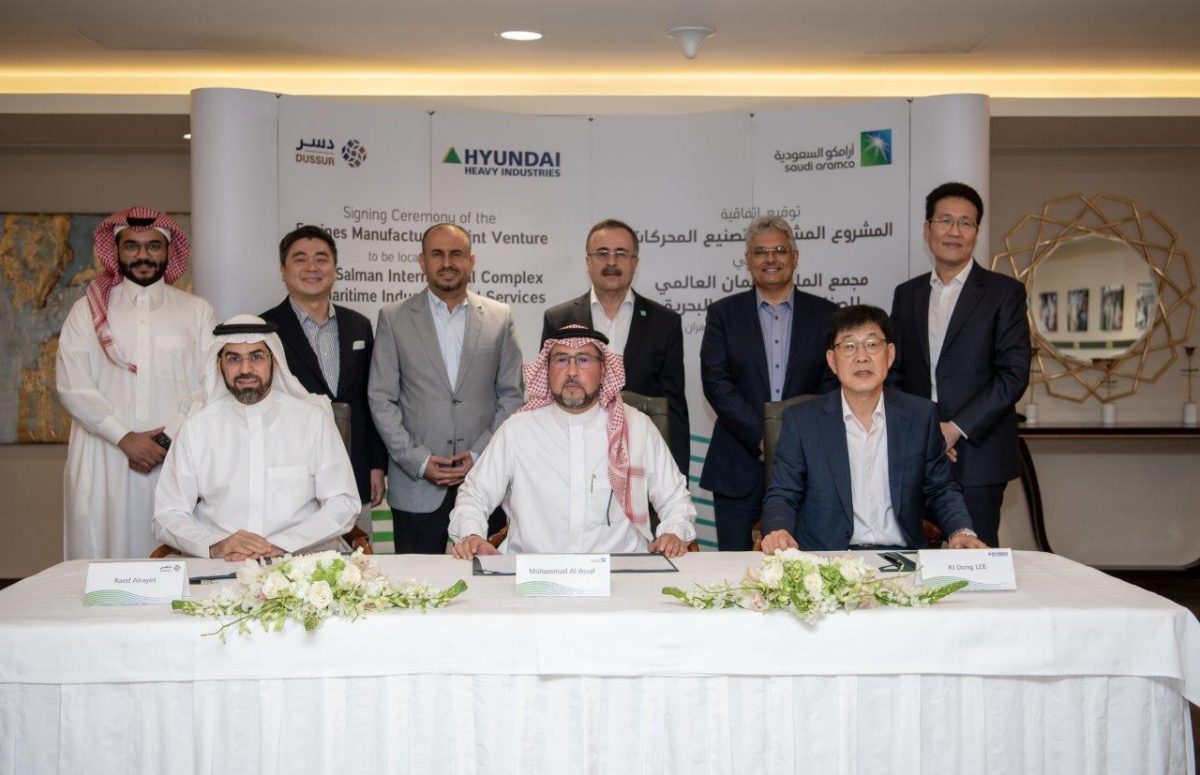 The Saudi Arabian Industrial Investments Company (Dussur), Saudi Aramco, and Hyundai Heavy Industries (HHI) have signed a joint venture to manufacture 2-stroke and 4-stroke marine and Electric Power Plants (EPP) engines, as well as marine pumps. The manufacturing facility will be located at Ras AlKhair in the Kingdom’s Eastern Province.

Dr. Raed AlRayes commented on the launch of the initiative: “This partnership marks our commitment to enable private sector growth in the Kingdom by unlocking investments and attracting foreign direct investments. We are extremely excited to announce this joint venture with two highly respected organizations and look forward to further collaboration with our partners and shareholders to ensure we continue to support our national priority sectors in line with Vision 2030.”

“The venture is expected to create over 720 jobs and will encourage the transfer of knowledge and industry know-how to Saudi Arabia. Facilitating such ventures reflects our mandate at Dussur where we strive to support the diversification of the local economy by creating sustainable industrial supply chains that will serve the current and regional local demand for years to come.” added AlRayes.

The joint venture was signed with Saudi Aramco set to own 55 percent of its shares, while Dussur will own 15 percent and Hyundai Heavy Industries (HHI) is to own 30 percent. As first of its kind in the Kingdom, the joint venture will become the industry’s leading supplier of choice for local and regional maritime businesses.